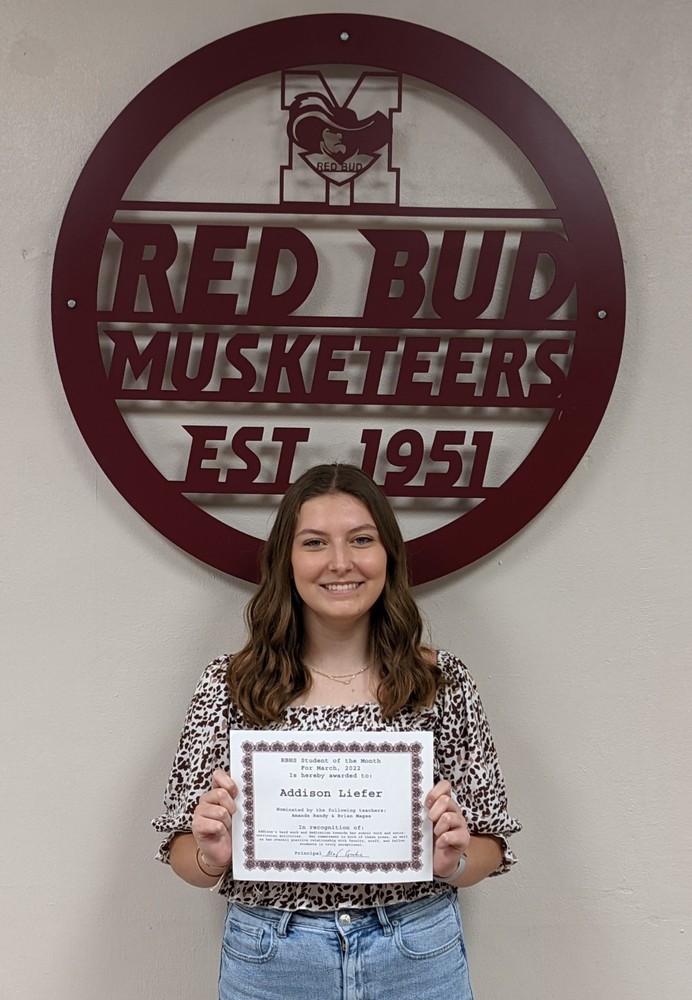 March Student of the Month

Senior Addison Liefer was selected to be the RBHS Student of the Month in March.  Addison was nominated by Ms. Amanda Bandy and Mr. Brian Magee.  Specifically, the teachers noted Addison's impressive contributions as a member of the Math Team and ACES Team.  Addison is a valued member of both teams, and has contributed greatly to the continued success of both programs.  Both teams are State bound this spring, with Math Team recently taking 1st place in their regional, and ACES taking home 1st place honors in the sectional.  In addition to Math Team and ACES, Addison is also involved with Student Council, is a class officer, and is a member of the Musketeer volleyball and softball teams.

The Student of the Month award is sponsored by the Red Bud Chapter of the Lions Club.  We appreciate their continued support of our Musketeers.